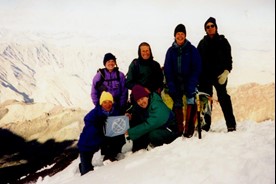 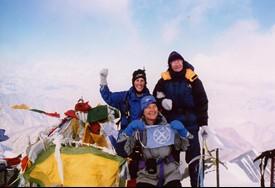 In 2000 the Club had an expedition to Ladakh and members climbed Stok Kangri, “over 20,000 ft in the year 2000” to quote our then President.  Four separate groups had first undertaken acclimatisation treks, reaching at least 5000 m, before joining together for the peak. (Photos show members on the summit.)

During the late 20th and early 21st century LSCC summer Alpine meets were enjoyed.
Our Huts Blackrock and Milehouse have copies of some Alpine Journals 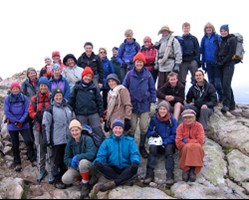 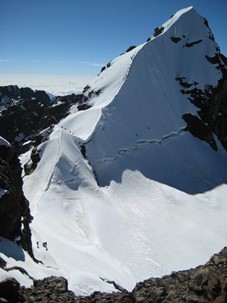 In 2008, the Club celebrated its Centenary with a programme of events taking place over the year, including: Members meeting at the Lix boulder; a mass ascent of Buachaille Etive Mor by a variety of climbing and scrambling routes - many members dressed in period costume (photo above); a meet in Bolivia, based at the Condoriri base camp, where Pequena Alpamayo was climbed (photo above); and a three week stravaig across Scotland.

In 2010 Kate Ross became the first British woman to climb all the 4000 m mountains in the Alps.
She had previously climbed Ama Dablam (6812 m), a serious climbing peak in Nepal.

A random sample of recent activities - members have:

completed the Skye ridge, the most recent having never seen it before, due to cloud on previous visits

backpacked from Fort William to Cape Wrath, in remote areas

completed the GR5 from Geneva to the Mediterranean, with tent and kit

negotiated the rocky ridges on the GR20 in Corsica

had success in Climbing competitions and sports climbing, see photo below

ice climbing in Norway and elsewhere

via ferrata in the Alps

sea kayaking round islands north and south of Upernavikoff, Greenland

and so the activities continue with varied mountaineering, summer & winter climbing adventures .... 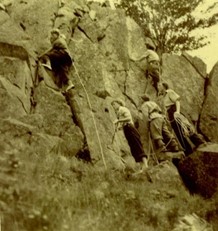 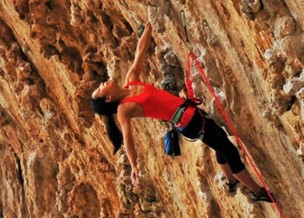 One hundred years on and still climbing ... 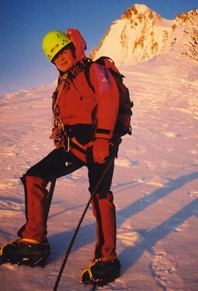 The philosophy of making us individually competent on the hill is so important. Self-care and as much self-reliance as possible is the key, even if you are with a guide. 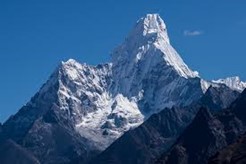 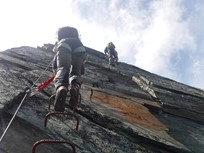 Please do get in touch if you would like to know more about LSCC, how to join or to enquire about or make a hut booking.

See 'What we do' for some extracts from recent Meets.

Drop us a line